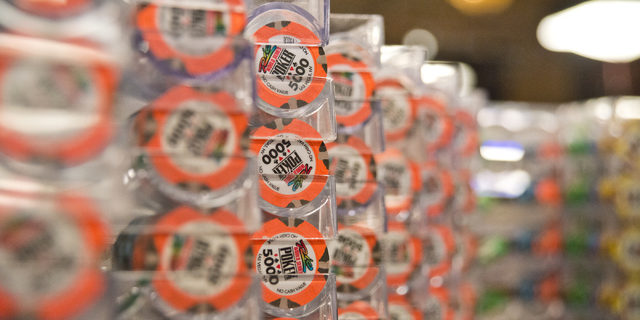 Here’s what to expect this weekend at the WSOP 2016 World Series of Poker.

* Reigning WSOP Main Event champion Joe McKeehen is one of eight players remaining in the $3,000 buy-in Six-handed Limit Hold ’em event. The resident of North Wales, Pennsylvania, is second in chips behind Matt Matros of Brooklyn, New York. Also alive is Russian sports commentator Mikhail Semin, who made his fourth final table of this year’s WSOP.

* Koray Aldemir of Vienna holds a slight chip advantage over Spain’s Adrian Mateos during heads-up play in the $1,500 “Summer Solstice” No-limit Hold ’em event. Action was halted after 1 a.m. Friday, and the Europeans will return to play for the $409,171 first prize.

“I promised her I was going to win it for her,” Awad said. “It was my dream to win this, and it means the world.”

* Michael Gathy, a professional poker player from Brussels, won the $5,000 buy-in Six-handed No-limit Hold ’em event ($448,463). It is his third career bracelet, tying Davidi Kitai for the most by a Belgian player.