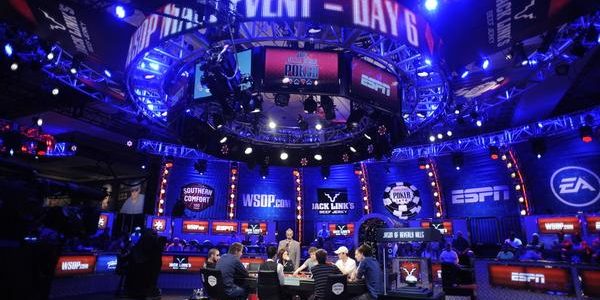 Ruzicka had 26.415 million chips when action on Day 6 was halted late Sunday at the Rio Convention Center. The Main Event continues Monday at noon with Day 7 and will run until the field reaches nine players.

The final table begins Oct. 30 at the Penn & Teller Theater with the $8 million first prize up for grabs.

Ruzicka, a professional poker player with 17 previous WSOP cashes, opened play Sunday in the middle of the pack but scored three knockouts after the dinner break to seize the chip lead.

Michael Ruane of Maywood, New Jersey, is second with 24,565,000. Ruane might be best known as one of three poker players to have more than $26,000 seized by authorities in the Bahamas in 2012 after they failed to declare their winnings from a poker tournament while going through customs.

Two-time WSOP bracelet winner Cliff Josephy, an online poker legend and well-known poker financial backer, is third with 23.86 million after leading at the dinner break. He is the lone bracelet winner remaining in the field.

Australian James Obst is fourth (19.56 million) and continues his torrid summer. Obst has cashed in seven previous events and was second in the $10,000 buy-in H.O.R.S.E. championship.

France’s Antoine Saout is in 24th place as he tries to become only the second player to reach two Main Event final tables since the “November Nine” format was adopted in 2008. Saout was third in the 2009 Main Event.

Also in contention are eight-time WSOP Circuit ring winner Valentin Vornicu, who is sixth, and high-stakes poker pro Tom Marchese, who has more than $13 million in career live tournament earnings.

Two-time bracelet winner Paul Volpe went out in 29th place, clinching the Player of the Year award for Jason Mercier.

How to take real advantage of Poker Freerolls
October 6, 2016
Go to Top