Humans lick their wounds after losing to AI in poker

You are here:
PokerPoker Bots 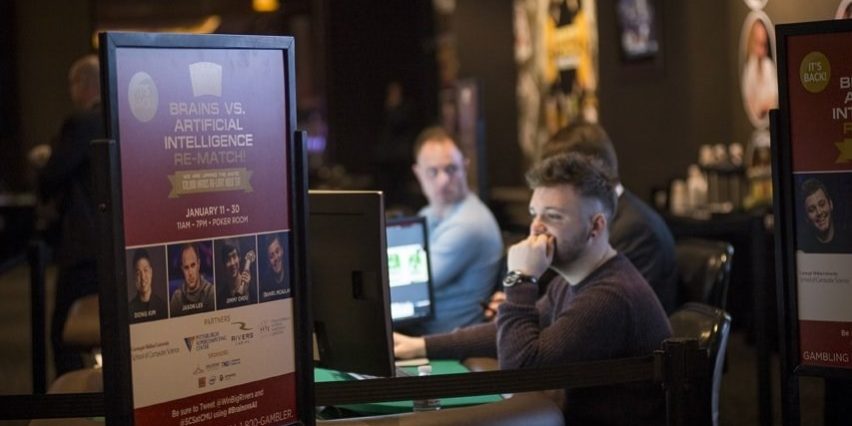 Humans lick their wounds after losing to AI in poker

WASHINGTON (CNNMoney) — After 20 grueling days, the humans had to admit it.

The best poker player at Rivers Casino in Pittsburgh wasn’t a human, but a machine.

“Halfway through the challenge we thought we were going to win,” said Daniel McAulay. “But we really got beat down.”

Less than two years ago, Carnegie Mellon staged a similar poker showdown between four professionals and an AI program. The humans won, earning $732,713 more in chips. Two of those competitors, Dong Kim and Jason Les, returned for this year’s tournament.

“This has probably been the most challenging experience in my life,” said Jimmy Chou, who finished second among the humans. (Kim finished first.)

Each of the four humans played one-on-one against the computer system. A total of 120,000 hands of heads-up no-limit Texas hold-em were played.

“If anyone had any doubt about the quality of our technology, I can tell you we tried everything we could,” Les said. “It became very demoralizing showing up and losing this hard.”

The good news for the pro players is that they won’t have to pay up the $1.7 million in chips. Instead, they’ll split $200,000 as a thank you for battling the machine.

The margin of victory even surprised the researchers who developed Libratus.

“I thought we had a decent chance of winning, but definitely not a shoo-in,” said Carnegie Mellon professor Tuomas Sandholm. He developed Libratus along with PhD student Noam Brown.

Sandholm credited Libratus’ improved algorithms, which could better predict how to bet, when to fold, and whether bluffing made sense.

He believes the algorithms could be a game-changer for any game where a player has incomplete information, such as negotiations or auctions. Sandholm said he will probably commercialize the technology.

He sees the technology as a way to improve the world by leveling the playing field, provided that everyone at the negotiation table has access to his technology.