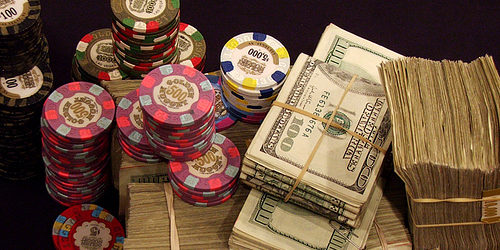 A lot of people who are new to poker have a hard time choosing among poker cash games, poker tournaments or Sit N Go’s (SNGs). If you’re just in this for some fun, then it doesn’t really matter which one you play, as long as you are enjoying what you do. If you want to make some money, though, there are some poker strategies unique to each type of game that will determine which is the best choice for you.

A lot of poker players look at poker cash games as providing the biggest edge and the most reliable income stream for a player who wins regularly. Tournaments and SNG’s have a number of all-in situations, many of them flips that don’t give you control over how things turn out. You can get an edge from tournaments and SNGs, but it generally is not as big as what you can get playing poker cash games going per hand or per game.

Players in cash games often have a bigger percentage of winning sessions, and if you tend to win, your income will be more reliable over time. You can win real cash and make steady profits in the other formats too, but you have to play a ton of games or hands.

If you look at the number of successful players in each format, there are a lot more in the cash games than in the other two. A lot more people have figured out how to turn cash games into a money maker than those that have in tournaments and SNGs.

Also, the cash game will teach you skills that you can take to tournaments and use. Most of the best cash game specialists right now also do really well in tournament play. However, the top tournament specialists generally are not as skilled in cash games.

Even though the edge in this format is smaller than what you can get in cash games, it is still bigger than what turns up in SNGs. The best SNG players bring back an ROI of no more than 10 percent, but in the MTT format you can go over 100% in your ROI. You do get a bigger variance in tournaments than you do in cash games, but a lot of the tournament players that engage in online poker are willing to post the additional volume to compensate for this difference.

There are some poker insiders who think that the SNG format is becoming a thing of the past. Not as many recreational players are entering them, and the edge that you can get is really small, particularly if you are playing with a group of regulars. The best way to make money here is to wander outside the traditional SNG format. Heads up SNGs give a bigger edge to savvy players, and the double or nothing SNG seems to draw in more novices than the standard setup.

All you have to do is look at one of the big sites to see that the best nine-man SNG players are only making a small percentage of what the best cash and tournament players are raking in. So if you’re an SNG specialist, it’s probably time to develop your skills in one or both of the other two formats to get your winnings back up again.