You are here:
California LegislationOnline Poker 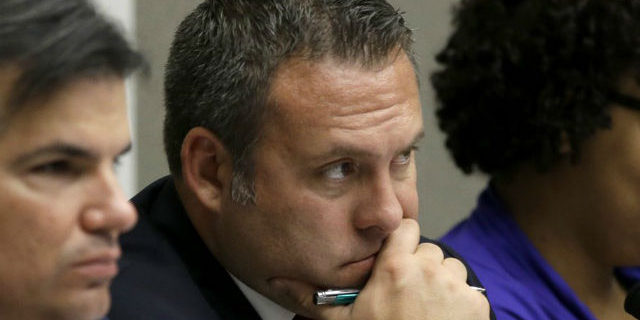 California Online Poker: The “most-vetted bill” in California this year passed through the California Assembly Appropriations Committee on Wednesday.

“If we held every bill to the standards we’ve held this bill, we wouldn’t have any bills,” AB 2863 sponsor Adam Gray said. Gray’s measure regulates and legalizes online poker in California, the largest US state by population, and first heads to the full Assembly for consideration. The California State Senate will act only if the Assembly passes Gray’s bill.

“Believe it or not, this is the furthest internet poker legislation has gotten in California. Now it will move to the full Assembly, and based on testimony today, there is still work to do to ensure its final passage,” Poker Players Alliance Executive Director John Pappas said. “We stand ready to work with California lawmakers to produce a product that puts consumers first and removes many of the obstacles that have bogged this bill down for years. We commend Assembly member Adam Gray for his hard work and commitment to do what is right for California consumers.”

Several amendments were tacked onto the bill in the last week following an hour-long debate last Tuesday, including a five-year waiting period or $20 million fine for any company that serviced the California market between 2006 and 2011. Any operators in the market post-2011 would likely be barred from getting a license altogether.

“We’ve spent the past week negotiating with the Committee chairperson and Committee staff,” said Gray. “We have strong suitability language in the bill.”

Much of the hearing focused on “tainted assets” such as the list of PokerStars’ former California players. Also debated was whether a $20 million payment from a company like PokerStars that was in the market between 2006 and 2011 was sufficient or whether that amount should be considerably more or exist altogether. If the $20 million were paid, a company could access the California market without needing to wait five years.

“The bill has a three-year blackout period on those very lists,” Gray said of PokerStars’ former Golden State customer list. “Could we go further to permanently ban the lists? We could have that discussion.”

California racing lobbyist Barry Broad was one of a handful of witnesses to testify on Wednesday and said, “With regard to these amendments, this bill continues to be an example of how to do things right in terms of moving a complicated issue forward.” He noted that a broad coalition of interests are in support of Gray’s AB 2863.

Leland Kinter of the Yocha Dehe Tribe, which operates a casino resort, said in his testimony, “Our position is not driven by profit motive or business model, but rather principles of heightened gaming rights.” He added that the amendments fail to address tainted assets appropriately and said that bad actors should be disqualified.

Assemblyman Ian Calderon applauded Gray on his endurance during a multi-year effort to pass online poker legislation in California, but said he was concerned about bad actors being allowed to operate. Therefore, he asked Gray where he got the $20 million number from. “They could do a lot more and maybe should do a lot more,” Calderon said. Gray responded by saying he negotiated the number with the Committee’s leadership.

Discussion of tainted assets and bad actors continued en masse, with many committee members with concerns seemingly looking forward to debate in the full Assembly about the issues.

“I want to get there,” Assemblyman Donald Wagner said. “You have someone that everyone says was a bad actor and you give a new date and an opportunity.” Wagner worried that PokerStars would have an unfair advantage given its old e-mail list and years of experience.

Assemblyman Eduardo Garcia asked about the “grey” period between 2006 and 2011, when sites like PokerStars were servicing the market and reaping millions of dollars.

“The simple fact is that the vetting and regulatory process of these licenses could cost more than $20 million,” he said. Garcia asked for the fee to be “far more” than $20 million and also asked Gray to address the unintended consequences of gaming in future revisions to the bill.

Finally, Committee Chair Lorena Gonzalez summed up the arguments from the bill’s opposition, calling for a clear distinction of what happens if horse racing isn’t an activity California engages in down the road, clear language that the bill only applies to iPoker and not iGaming in general, and said that bad actor language still needs to be discussed.

In the end, the bill passed via a roll call vote.

Matt Damon Says Rounders 2 Would Be About Online Poker
July 29, 2016