Matt Damon Says Rounders 2 Would Be About Online Poker 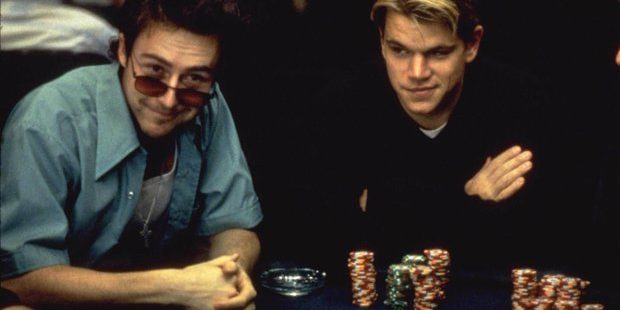 Matt Damon Says Rounders 2 Would Be About Online Poker

Just days after he gave the BBC a Teddy KGB impersonation and talked about how much fun was had filming Rounders nearly 20 years ago, Matt Damon’s appearance on The Rich Eisen Show aired this week, and he revealed what a potential follow-up film would be about.

Eisen: What about Rounders? What’s going on?

Damon: That we have talked about. [Brian] Koppelman and [David] Levien, who wrote it, they have a really good idea for a Rounders story, and that would be an interesting thing because of what’s happened in poker. Now, with the online [game], these guys and gals who are playing, this young generation, they start playing when they’re in their adolescence. They’re looking at 10 hands at a time, playing for real money online. By the time they’re 21, they’ve seen millions and millions and millions of hands…It’s now gone into deep game theory. It’s at a whole other level. It’s just a very, very different game.”

Interestingly, Koppelman and Levien already wrote a film about online poker. The movie Runner Runner, which starred Ben Affleck and Justin Timberlake, came out in 2013.

As everyone knows, Black Friday largely shut down online poker in America in 2011.

Damon added that it would be “interesting to see” Mike McDermott and Teddy KGB “come into that new world.” Over the past several years worth of Rounders 2 rumors, the possibility of John Malkovich returning hasn’t been mentioned before.

Edward Norton, who played “Worm” in the original film, is also interested in a sequel. Norton told David Letterman in 2014 that he couldn’t go to Las Vegas for awhile after the movie became so popular because people were stopping him all the time and yelling “Worm!”

“We couldn’t have had more fun making that movie,” said Norton, who recently agreed to play poker to help the Leonardo DiCaprio Foundation. “That was one of the best gangs of people ever.”