How to Identify Poker Bots 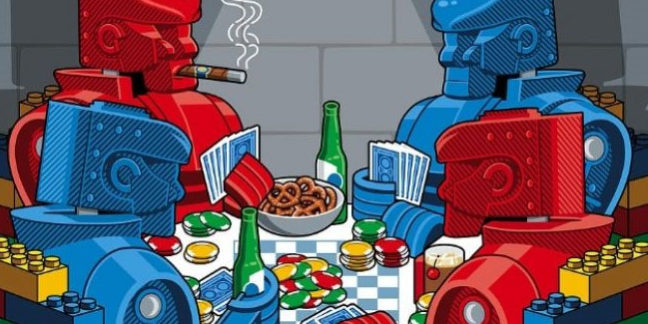 How to Identify Poker Bots

Online poker players sometimes ask about How to Identify Poker Bots. If you’ve been hitting the online poker tables then you’ve probably heard the term “Poker Bot”. But what exactly is a “poker bot”? It is a program designed to make automatic decisions when playing poker. It does not have emotion as a factor, which makes it a tough adversary for people. Bots are programmed to know the odds they have and the odds they need, which means that they have the winning tactics programmed inside them. They can also sit a lot of tables at the same time since they make instant decisions. Of course, some bots have flawed strategy inside them, meaning that they will not often play well, particularly against bets that are unusually small or large. They are good at exploiting novices, though, by taking advantage of their propensity to call bets too frequently.

So how do legal online poker rooms identify bots? The sites do have automatic systems in place to check for them, but sometimes they do slip through. This means that you need to be on the lookout for some of the tells that you are playing against one of these applications.

Many online poker sites test for bots by putting a bright message in the chatbox, asking players to type in some characters into the chat to verify their humanity. Bots don’t notice this, and they keep playing as usual, but the vast majority of people will notice this message. Another way that rooms identify bots is to pick out accounts that are playing on large numbers of tables for a really long time. People can’t play around the clock, day after day, but some poker bots have been left in place playing continuously until the poker rooms notice them. The bots do win real cash for the sites (because they still lose too), so some sites don’t put as much effort as they could into detecting them.

So what should you look for? Bots tend to play the same way, hand after hand. If a player makes the same sets of decisions, and takes the same amount of time to make each decision, that player could be a bot. There are some human players that fall into fairly set routines as well, but the difference with a bot becomes noticeable over time.

Here’s an example of a fairly badly programmed bot: 90 percent of the time it folds to bets on the flop. The other 10 percent, it would instantly go all in for several times the amount of the pot. When the human players sent chat messages, it would never respond. The high fold percentage made this bot very easy to beat, but then it would automatically quit after losing three games in a row.

Of course, if a bot is poorly made, you can win money from it. So don’t necessarily run from all bots. But just be aware that they are out there – and how they behave. If you are worried about a particular player on a site where you have been playing, don’t be afraid to file a report with the support department of that poker room. After all, the poker room is making money off you – so you deserve to have a fair table around you.