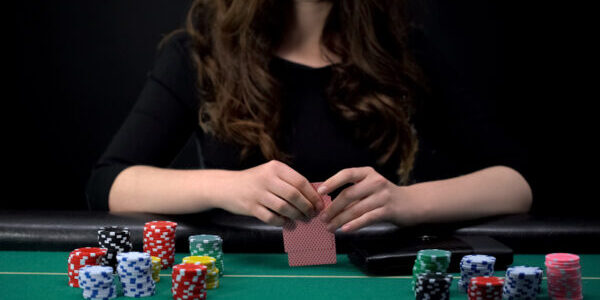 In honor of women’s history month, Cafrino would like to honor some of the top women poker players. With National League of Poker as our product, we have noticed our many talented lady players frequently winning championships and large cash games. Without any further ado, here is a list of the all time top ranked women poker players from 4flush.

Maria Constanza Lampropulos made her appearance on the professional circuit in 2014. She has made several big scores. She won the Eureka main event in the Czech Republic. Maria has gone on to win an astounding 3.4 million dollars in live tournament play from events worldwide.

Annette Obrestad has had a fantastic career; in 2007, she won just over 2 million dollars in the inaugural World Series of Poker Europe at 18. Since then she has gone on to win multiple six-figure payouts in tournaments all around the world, with total earnings of around 4 million dollars.

Annie Duke retired in 2011 from playing poker. Still, she claims her spot as one of the top female poker players, with a live tournament earning of 4.3 million dollars in live tournament winnings. She has one WSOP bracelet from winning the 2004 1500 Omaha Hi-Lo event, and she went to 10th place in the WSOP Main Event in 2000 while she was nine months pregnant.

Liv Boeree made her rise through the ranks in the last decade bringing home multiple big paydays from tournaments worldwide. She won a WSOP bracelet in the 10,000 dollar tag team champions with her boyfriend. Her current total earnings are 3.9 million from the live events.

Kathy Liebert has been on the poker scene since the mid-90s. She has experienced a handful of runner-ups in WSOP tournaments. Although she has never won a tournament, she has a live tournament winnings of 6.1 million dollars.

Barbara Enright makes this list; although she does not have the resume quite like some women, she has played consistently since 1986. She is a member of the Poker Hall of Fame in 2007, with live tournament earnings up 1.7 million dollars.

Maria Ho is famous worldwide for her poker skills and as a commentator and host for major national television shows. She has had some pretty impressive wins at the table, including the WPT deep stack title in 2018. With several more runner-up spots, today, she has a live tournament winning of 4.1 million dollars.

Jennifer Harman is a long-time cash player who has played against some of the biggest names in the game and is one of the most well-known female poker players globally; she has managed to snag herself the WSOP bracelets. With a total of 2.8 million dollars.

Kristen Bicknell got her start in 2006 as she rapidly became one of the game’s best players. She has won player of the year three straight years in a row, with live tournament earnings of 5.1 million dollars.

Vanessa Selbst is hands-down the best women’s poker player in the world and of all time. She has claimed three WSOP bracelets to back-to-back NAPT titles, and she has a live tournament winning of 11.9 million dollars. She is the only female player on the top 100 all-time money list.