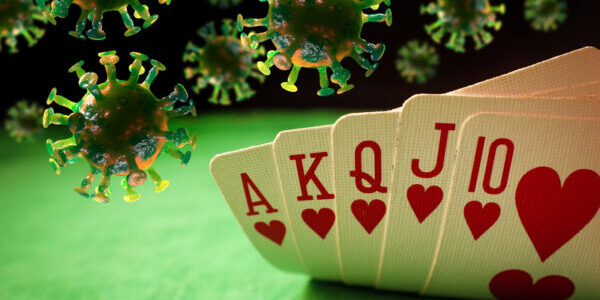 The poker industry was greatly affected by the pandemic of 2020. It is yet to be determined how 2021 will be, as a vaccine is being distributed currently (as of February). Mo Nuwwarah of PokerNews wrote an article about his predictions included in the following excerpts.

Not Hopeful for Major Live Events

“The year 2020 brought unprecedented changes to the poker world as it did to pretty much every industry.

The most noticeable thing, of course, was the glaring absence of major live poker tournaments. The European Poker Tour was basically absent. The World Poker Tour held just a handful of events before shutting down live operations for the year in early March. And the World Series of Poker shifted basically its entire structure online barring a surprising hybrid Main Event.

Unfortunately, at this stage, there’s not much reason for optimism that things will be back to normal for 2021.

COVID-19, despite the emergence of a vaccine, remains a significant problem in most of the world.

While the potential for the vaccine to help clear things up is exciting, the glacial pace at which it’s being distributed makes me less than hopeful it have a discernible impact this year. Less than 2% of the U.S. has received the full vaccination at the time of writing. I know in the state where I live, nobody that I know of under age 70 who doesn’t work in health care has even gotten a first dose scheduled.

Other than the aforementioned Venetian event, the WPT has nothing on the schedule aside from online stuff.

As for the biggest tournament series of all, the WSOP. Usually by now, PokerNews has the ball rolling in terms of planning coverage for the summer bonanza. I can share that this isn’t the case for 2021 as of right now.

I do know at least one major Vegas poker destination has a big series planned for the summer. I’m not ruling out a WSOP in some form. If it happens, though, I think it will be heavily slanted to online events with some mixed and non-hold’em formats that the client can’t support potentially playing out live, along with some big final tables. I’m not even sure those smaller fields would be feasible with the current international travel situation.

I don’t anticipate anything that resembles a normal schedule of live major tournaments until 2022. I could see some things creeping back toward normal in the later months of 2021, but I feel like if anything big was coming before then, we’d have heard about it by now.”

“Things are looking grim both stateside and around the world in terms of live poker. The online scene paints a much different picture.

With the dearth of available live poker in 2020, the online operators stepped up and provided some incredible tournament series. “ National League of Poker has launched a $25,000 Series, and has been hosting $5,000 monthly games.

“Exciting happenings are also afoot in the U.S. with the door wide open for continued growth. Michigan has come online thanks to PokerStars and will hopefully soon be pooling players with the other states.

Not only is Michigan bringing in a sizable population of about 10 million, but it also offers a potential drive-and-play destination for Midwesterners who had no such sanctuary before, what with everything previously located closer to the coasts.

Prize pools in the U.S. should be bigger than ever, and rest-of-world options should be about on par with 2020 as well.”