Playing Online Poker at the World Series of Poker 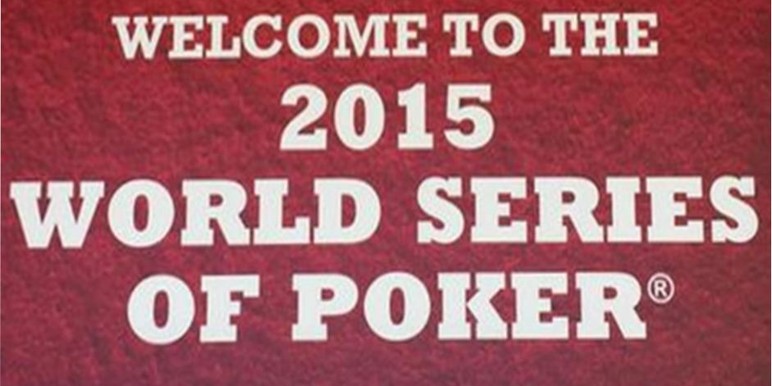 Free Wi-Fi access for players on newly installed infrastructure will facilitate the play of online poker at the 2015 WSOP.

For the first time ever, players will be able to play online poker from their mobile devices while playing live at the World Series of Poker. Last year, players were allowed to bring laptops to the table, but since then WSOP.com has made its software available for both Android and iOS devices.

Free Wi-Fi will be made available in all areas of the Rio so that players will have access to play online at WSOP.com. Guests at the Rio will have Wi-Fi in their rooms included as part of their resort fees. WSOP organizers will be picking up the tab for Wi-Fi in the WSOP tournament area.

Organizers have gone to great lengths to ensure they have the proper bandwidth to accommodate the massive crowds expected at the Rio. Wi-Fi upgrades have been rolled out to all of the Caesars hotels in Las Vegas, with the Rio being the most recent of the properties to receive the technology boost.

The upgrades at the Rio have only been in place for about a month, according to Seth Palansky, Vice President of Communications for WSOP parent company Caesars Interactive Entertainment, and have not yet been tested to their limits. “But we have had the Consumer Electronics Show with plenty of convention business at Caesars Palace, and the Wi-Fi network worked flawlessly.”

Palansky described the improvements as being “light years ahead of our past offerings.” However, he did acknowledge that “the WSOP is its own unique animal.” “I’m sure the usage will test our constraints,” he continued, “but we believe we’ll adequately handle folks’ needs related to emails, social media, phone calls and even playing on WSOP.com.”

“I wouldn’t expect folks to stream movies etc.,” but otherwise Palansky expects the free offering to be very good. If players did want to stream movies, an upgrade option with access to greater bandwidth will be available for a fee.

CAUTION: NOT ALL WI-FI ACCESS TO WSOP.COM IS THE SAME

Now that players can easily play online and live at the same time, Bill Rini, Head of Online Poker at WSOP, expects more cash game and tournament action live and online, but some players may find that they cannot access some cash games or tournaments.

Nevada Gaming Control Board Regulations stipulate that only one player per IP address is allowed to “play in a cash game or a specific tournament,” according to Rini. However, the IP addresses from the Rio and other Caesars’ properties throughout Las Vegas are on a “whitelist” which exempts them from this restriction.

Players attempting to play online from other Las Vegas hotels and private residences may not be afforded the same luxury and may need to make other arrangements in order to play in certain tournaments and cash games on WSOP.com, Rini cautioned during the Official 2015 WSOP Media Conference Call.