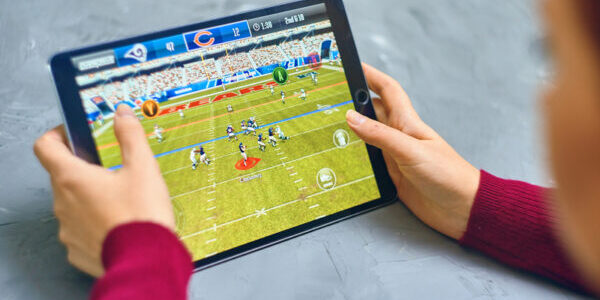 For 2021, the Pro Bowl is going virtual. The NFC and AFC players are going against each other in the game Madden NFL 21. This is huge news as it shows that the NFL is fully embracing the E sports wave. Depending on the numbers for this Pro Bowl, we can guess that big updates are coming. Read more in this article from CBS Sports:

“The 2021 Pro Bowl is going to have a slightly different look than every other Pro Bowl in NFL history. Due to the pandemic, there won’t be a game played on the field this year, but there’s still going to be a showdown between the NFC and that AFC and that showdown is going to happen virtually when the two sides face each other in Madden NFL 21 on Jan. 31.

The format will be simple: Each of the four guys will get to play one five-minute quarter of the Pro Bowl. The NFL didn’t announce which guys would be facing each other, which means the first quarter might be Snoop Dogg vs. Kyler Murray or it could be Deshaun Watson against Marshawn Lynch or something else entirely.

“We’ll be taking the Pro Bowl to the virtual world of Madden this weekend and I can’t wait to do it big with football fans in my favorite game,” Snoop Dogg said a statement. “I’m a Madden NFL star. So Kyler and Marshawn better watch out, my team is comin’ in to win that championship title for the AFC.”

In another twist, NFL players will also be going head-to-head on Madden all week. One of the first games will take place Tuesday with Vikings rookie Justin Jefferson facing off against Titans receiver A.J. Brown.”