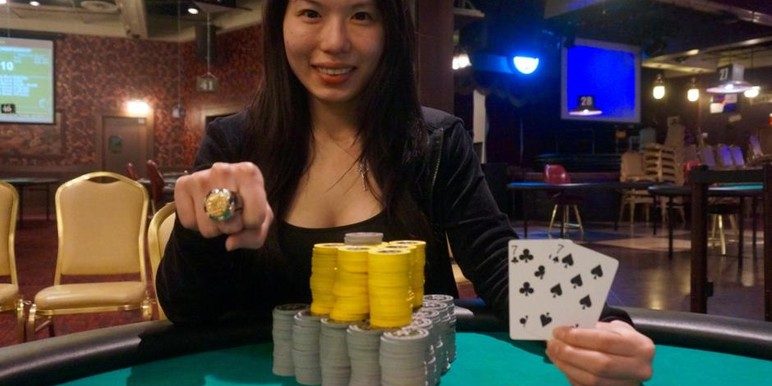 Chin’s victory points to an under-emphasized source of growth for online poker.

Michelle Chin’s victory in the WSOP Circuit Horseshoe Council Bluffs Main Event provided her with a first prize of $88,126 and the first ever female win in a WSOP Circuit Main Event.

“It means a lot to me ,” said Chin after her win. “There aren’t too many women in the poker community. We like to see more and more women play because it is a fun game. No matter what sex you are you should be able to enjoy it. It means a lot to me. I hope I encourage a lot of other girls to come out and play.”

The proportion of women playing online poker varies from market to market around the world. The latest report by the Italian Milan Polytechnic showed a remarkable 19% of online poker players were women. In France, the figures from ARJEL show a lower participation rate of 11% to 12%.

The big online operators have made a point of selecting female players as Team Pros, with players such as Liv Boeree and Vanessa Selbst providing superb role models to encourage more women to play poker.

Perhaps the best news about Michelle Chin’s victory is that there is one less “first” for women to aim at—one less reportable achievement which is defined by the sex of the player rather than the scale of the achievement. The industry’s equality aim must be to get to the point where a major tournament victory is reported because it is a major victory, not because it has been achieved by a female player.

One of the upsides of the addition of slots games to the PokerStars client is that they will bring more female players to the client, and with some marketing effort, many of them could be persuaded by the pleasure to be found at the poker tables.

The old timer’s smoky male-only poker rooms have virtually disappeared, and live events are now much more accessible to women than they were only a few years ago. The potential revenue growth that could be achieved by changing the gender balance of the player ecology surely exceeds that available from attracting more men to the game.

Vanessa Selbst is currently ranked 79 on the Global Poker Index of live tournament players, but she is the only woman in the top 100. Imagine what the poker industry’s revenues would be if the top 100 were split equally between men and women.