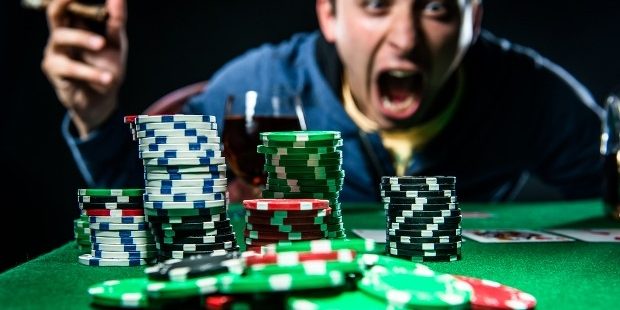 A lot of online poker players believe that just because they’re sitting at a computer instead of at a table means that they can act however they please, and some of them use that feeling of freedom to act rudely. However, this is not true, and there are several things that all poker players should bear in mind before they ever open up an account with a legal online poker site. Here are some tips to help you maintain the peace at your online poker games.

Don’t berate others for their poor play.

Just because a poker player did something stupid that ended up costing you money does not mean that you need to tell him what he did. First of all, you don’t want to help him improve. After all, his next mistake might dump a pot into your lap. Instead, don’t be a jerk and yell at him for dropping all of his cash on a weak draw. You won’t get your funds back, and he might improve – and challenge you. If anything, the table will get less fun, and he (and the other weak players) might just leave.

Don’t talk about hands in which you’re not participating.

You wouldn’t talk about other players’ hands or give other people advice at hands if you were sitting at a real table playing with real cards, so don’t do it online either. If you are the one with the nuts and have decided to go all-in, and you’re waiting for a fish to choose whether to fold or call, you wouldn’t like it for a third player to tell your fish to fold because he thinks you have the nuts, you’d punch that person in a real game. Don’t be unethical and talk to people about hands at an online poker game, either.

Don’t talk about the hand you folded.

If you have Ace 4 and you raise pre-flop, only to have someone re-raise you and another player to call, you might elect to fold. After you do that, don’t use the chat window to talk about that hand. You can only do that after the whole hand has finished. If you talk about what you had, that can influence the plays that others make later in the hand, leading to significant frustration – and rightly so, because that kind of talk can make things unfair for those still in the action.

Maintain pace with the action.

Online poker time isn’t the time to do your laundry as well. This means that you shouldn’t make your play and then wander away for a while, while the rest of the players get frustrated with the wait. You wouldn’t do this at a game in your friend’s living room, so don’t do it at your computer. It’s one thing to take your time when you’re thinking about significant decisions after the flop, but those basic pre-flop tasks should be done as quickly as you possibly can. Otherwise, the situation becomes frustrating for everyone involved, and a weak player might simply get bored and walk away – instead of sticking around to give you more money in later hands.