Tips for Improving Your Bubble Play 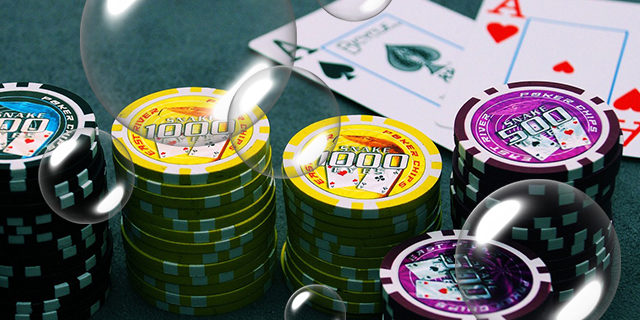 Have you ever wondered why players in the know bring in so much money from tournaments? After all, doesn’t luck play a role after a while? The key comes from the huge overlay. Picture a 180-person Texas Hold’em tournament. You only have about 100 opponents, and sometimes the number is way lower than that. That means that you only have, at most, about 100 competitors. The rest only want to win real cash, which means the strategy is different for them. They’re not there to take home the big prize, after all, they just trying to cash some money.

Early on, of course, you’re all trying to rack as much chips as possible. Even though their play may send some of these players into –EV, their strategy isn’t designed to do so. Once they hit the money, they feel golden and often gamble up.

When they are on the bubble, though, players start using tight techniques and fold too many times. If that leaves a pile of cash, then your job is to get into a spot where you can grab as much as you can. This is the very best way you can amass some chips when you’re facing a bubble situation. So let’s check out some of the tips and strategies players can use to notch some extra chips.

The choice to open raise comes from three factors. Who’s in the blind? What’s your position? What cards do you have? Start finding people who are only playing for cash before the bubble even starts. Keep focusing on those who don’t defend their blinds and make big lay downs.

You might already know this, but you still probably need to do it more often. Never, ever open limp, not on the button or under the gun or at any other time. The odds that you will walk away with it without a showdown are simply too high, and you don’t want to take the risk of hurting your bankroll.

When playing real money poker, your competition is not the play-to-cash crowd. At this point in time, they are handing out free cash, and you just have to pocket it. However, the other play-to-win people at the table are your competition. They’re after those fat stacks of dead money too. These kind of players are a lot more apt to steal raise and re-steal, among other tricks, so change your own game accordingly.

Reading players is hard when you play online poker. Although, the conversations you see on the chat box can provide some information as to who’s looking for cash, and about the atmosphere of the table. Sometimes players notice the frequency with which you’ve been raising and sometimes threaten to call the next time. Watch out for these clues, because they can help you decide what to do about a re-steal.

A lot of players get offended if you raise their blinds. If you keep taking advantage of the same player, he’ll eventually get mad enough to play straight and win. On the other hand, a lot of play-to-cash people will see that you’re stealing but won’t care as long as you don’t steal from them every time.

These are just the tip of the iceberg when it comes to taking advantage of the bubble. Those big piles of money are going somewhere, so why not bring them to you?