Identifying Fish at the Poker Table 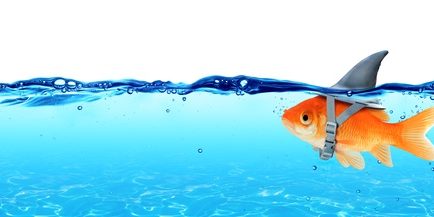 Identifying Fish at the Poker Table

Need to know the best ways of identifying fish at the poker table? No matter what you’re playing, there is always an immense gap between the pros and the rookies. If you’ve ever watched pickup basketball at the playground and then gone home to turn on the NBA game, then you know what I’m talking about: the action goes a lot faster, the players have a lot more strength and ability and the whole tenor of the sport is different. In poker (Online and live poker), you can’t always tell right away between the sharks — and the little fish.

Where does the difference come from? Sharks put a ton of thought into every move and have a sophisticated understanding of how the game works. Have you ever watched high stakes poker online? You can see the pros raising and re-raising hands, people calling with their second pairs, just like you might see in the cheap games. However, you’re really watching pros who have played against these same opponents thousands of time. That means that they recognize their opponents’ game as well as they recognize their own. Here are some signs that you’re playing against a shark — or against a fish.

Fish pay way too much attention to their own details when you sit at a poker table. What do they have? What do they need? The sharks aren’t looking at themselves; they’re looking at everyone else. Even after they have folded, they keep an eye on everyone else and they watch every bit of the action. Even if they don’t seem to be paying attention, they are soaking up as much data as they can.

Fish don’t notice things like your reaction to turn raises, or how often that you bet out with a big hand. You can get away with the same tricks over and over against them because they just aren’t paying attention. Take a look at their eyes: they will be on their own hands the vast majority of the time. The sharks, on the other hand, are looking at you.

No matter whether they have a royal flush or a pile of junk, sharks know how to behave. They know that overreacting is a bad poker strategy. They always look calmed and keep the same facial expression. Fish, on the other hand, often have visible reactions depending on what they pick up. If they win a hand, even if they are playing a friendly session of free online poker, they act like they’ve never raked in a pot before. You can use these reactions to gauge which players are the most vulnerable to your strategies — and the least likely to spot your mistakes.

Sharks know that they should not make the same move all the time. Fish tend to make the same play over and over once it works. If you don’t want people to recognize that you’re a fish, you have to play so that your opponents will have no idea what you have. Do you check-raise the flop with a huge hand? Then you have to show you will do that as a semi-bluff, or even a bluff. Keep altering your play, or you’ll be caught on a big hook and end up watching your poker bankroll disappear.