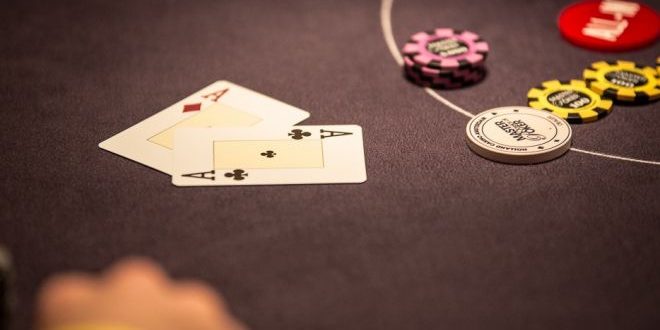 One of the most frustrating experiences that can happen to recreational and real money poker players comes when you think you’re cruising to a win on a big pot, but something happens right at the end at you take a “bad beat” – or a loss that the odds simply don’t dictate that you deserved. It’s easy to get angry at this, particularly if you’re trying to win real cash or if you’ve already been in a losing streak and were looking to that hand to get things back in the black for you. Here are some tips to help you get over the bad beats and keep them from making things worse for you.

Understand the ways of poker.

This might seem generic, but it remains true. A lot of players think that they have entitlement to a pot, but even if you are all-in with a set against a flush draw, you’re still going to lose almost a third of the time. Things like this just happen in the game, and dealing with this is just a part of the poker game. Having the wisdom not to get too angry is crucial for dealing with losses without letting that frustration cause you to make poor decisions in the next hand.

Focus on the process, not the outcomes.

Again, this is easier to say than it is to do. Even poker players with a lot of talent and potential get caught up with focusing on their results rather than their process. All of the decisions that you make in a poker game should center on the best way to maximize expectations from one hand to the next. If you assume that losing is the same as being a poor player, you’re a little off base, because everyone – even the very best players – lose from time to time. Even the perennial champions periodically go through streaks where bad beats take away their money. There are other times when your strategy will be awful – but you’ll still win. If you make sure your process is as sound as possible, the results will eventually follow, but you have to maintain a long-term perspective.

Remember that the bad beats are what keep the fish in the game.

If you play games such as chess, skill is the only determining factor. While very few chess players remain undefeated, there is no element of chance in the game. Having the right to move first offers an advantage, but that right alternates from one game to the next, keeping things as even as possible.

What this means is that there is no luck involved – which is why fish do not play chess. Why do they play poker? Because they strongly believe that their lucky days will bring them fat stacks of bills, and they keep playing on and on, thinking that their next lucky day is right around the corner. Over time, they are not likely to profit at all, but those big lucky days keep them coming back, even though they’re not that frequent.

If there weren’t any fish in the game, poker would get much harder, because it would only be those rational “tight” players left, and they’re much harder to pry winnings from than the fish are. So be glad that the fish are in the game with you, and if one of them “bad beats” you in one hand, they’ll stick around so that you can beat them in three more.