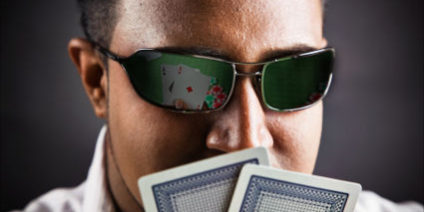 Poker Metagame: What Is The Meta Game In Poker?

When you hear poker players talk about the “metagame,” they are referring to the game going on inside poker. This refers to a decision or play that you make that you have chosen on the basis of external knowledge instead of just fundamental strategy. Every time you choose a play that violates the basics of mathematic strategy in poker, you are likely using meta game strategy in that process.

The metagame has nothing to do with cards, stacks of chips, poker games or bet sizes. Instead, it has to do with the possible results of your actions and overall game play at that time in the hand, with an eye towards maximizing your profits over time.

Here’s an example. Let’s say you spend a few hours every day on a legal online poker site and you’ve been playing just a short time at this table. You’re in the middle of a hand against someone that you don’t know much at all about and have found yourself at the river with an iffy hand, and the bet is of a moderate size. The math of poker tells you that the call is not going to bring you profits.

However, the metagame takes a different look at this. There are two reasons why you should call at this point anyway. First, you give yourself the image of a loose player at the table. People are more likely later on to think that you’re liberal in your calls and may try to take advantage of that. Second, you get to see what your opponent has. This can show you, later on, the sort of person you are playing against. Even if you lose now, that information could well come in handy later as you understand his style of play more completely.

A third advantage is that even though you are making a weak play on this hand, you’re giving the other players the idea that you are a less than sensible player who calls down river bets even with almost nothing in your hand. This means that your opponents could respect your bets later on – and give you the chance to pull in some big pots as time goes by.

So even though this play didn’t make sense and ended up costing you a little money, the information that you gather – and the impression that you leave about yourself – could end up benefiting you later in the game, and you may take away several large pots because of the impressions that people have made about you – and what you have learned about your opponent from what he was holding.

There are a couple things to think about here:

The metagme is best to use against people you know. Obviously, you’re using it initially to gain information, but if you’re continually playing against new people, sticking with the mathematical choices is better. The more you know an opponent, though, the more metagame information you have.

Also, don’t use this as a reason just to make poor plays or spend your bankroll hitting the online poker tables. Use some moderation when making plays that are mathematically unlikely to work, even if you are just looking for a way out of a bad streak.