Strategies That Are Useful In Poker 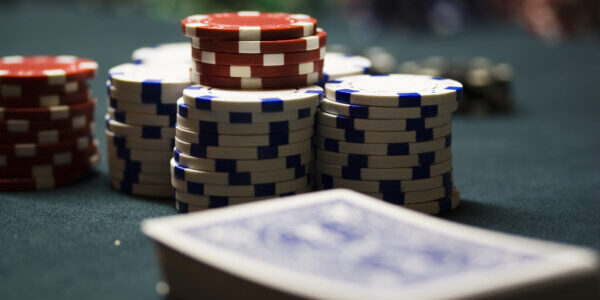 Poker 101: Strategies That Are Useful In Poker

If you want to become a better player and win real cash quickly, here are some ideas you need to keep in mind. Most of these tips are aimed at players new to the game, but even if you’ve been hitting the free online poker tables for a while, some of these could help you to improve your game and get to the next level.

The biggest make that novice poker players make is refusing to fold on hands. If you are a beginner, you really want to play the game, which means that you stay around in hands that are fairly bad just to be in the action. However, if you stick around, you’re more likely to lose more money. People who don’t fold at least half the time are throwing money away on the real money poker tables.

Hey, there’s nothing wrong with knocking back some cold ones while you are playing poker. However, there is a point where the alcohol kicks in and paralyzes your poker judgment. All of a sudden, your whole stack of chips has disappeared. This is OK if you’re just playing for fun or for low stakes with your friends. At the casino, though, you need to keep an eye on this because those stakes aren’t “funsies.”

Don’t bluff just to do it.

Bluffing is a major part of the game, but a lot of novices do not understand just how it works. There is not a hard and fast rule that you have to bluff a minimum number of hands during a game, but a lot of players feel like they have to try a bluff to win. There are some situations and opponents that make bluffing favorable, but if you run up against a player who will always call all the way to the showdown, you are going to lose bluffing every time.

Don’t play when you are angry, sad or just down.

Poker is not an escape from an awful day or from depression. You will start out playing with your feelings instead of logic, and your performance will suffer as a result. If you’re in the middle of a big game, and you just get hammered on a big hand and you feel yourself spiraling out of control emotionally, it’s time to stand up and take a break for a few hands. If you calm down later on, get back in the game. Your opponents will sense your loss of control and make you pay for it.

Do watch the cards that are on the table.

When you’re a new poker player, it’s hard enough just to focus your attention on the cards that you have. However, once you have that in mind, you also need to pay close attention to the table. If you’re playing seven-card stud, you have to know what is showing – and who has folded – when you think about calling your opponents. If you’re playing Texas Hold’em, determine what the best hand would be if you want to fit the flop – a lot of people overlook straight and flush possibilities when they are new.

These are some tips to help you get the most out of each poker game – both in terms of enjoyment and cash.