Is California Running Out Of Time For Online Poker? 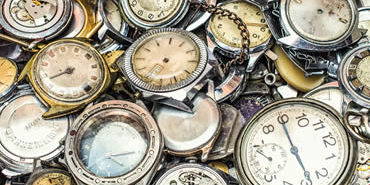 With Stakeholders Still At Odds, California Legislature Running Out Of Time For Online Poker

Thanks to a late push from a super-coalition of stakeholders, the California legislature continues to contemplate online poker legalization.

However, with several issues still to be ironed out, and just a couple of weeks remaining on the legislative calendar, legislators are running increasingly short on time.

The legislature returned from its month-long summer recess on August 17 and got right back to work, but it will only have until September 11 to tie up any loose ends, and pass legislation before adjourning for the remainder of the year. So on top of the tertiary issue of iPoker, the California legislature will also be working on bills on a multitude of issues.

California is facing some serious problems, which makes the idea of the legislature fighting over online poker seem out of touch with the state’s residents. On top of a debilitating drought and wild fires, the legislature has a number of serious fiscal issues to hash out, including the state’s significant debt.

Time is even more precious when you consider fiscal bills (which online poker regulation would fall into) must pass committee by August 28. This short timeframe makes it unlikely a completed bill such as Reggie Jones-Sawyer’s AB 167 will be considered, which leaves Assemblyman Adam Gray’s shell bill, AB 431, as the state’s lone hope.

On the plus side, a new coalition has formed and it is currently engaged in a full court press to jam an online poker bill through in 2015.

Several of the state’s varied factions have set aside their small differences to form a super-coalition of the willing.

Morongo/PokerStars, horseracing and labor, and a tribal coalition consisting of Rincon, Pala, and United Auburn have reportedly been pushing the legislature to muster up the will to vote on an online poker bill – something we hinted at several months ago.

The problem is, they are opposed by a politically powerful group of tribes, and an online poker bill needs a two-thirds vote in both houses of the legislature to pass.

Standing in opposition to the new super-coalition is a coalition of nine tribes spearheaded by the Pechanga Band of Luiseno Indians.

This tribal coalition has been deemed obstructionist by the other other factions, as it has been steadfast in its opposition to PokerStars or horseracing tracks being able to apply for a license.

Most analysts and pundits feel it will take a near-consensus to pass an online poker bill in California, and with the Pechanga coalition unwavering on these issues a consensus will not be reached.

Smaller issues still need to be ironed out

There are also several other smaller, but still consequential problems that need to be ironed out on top of the PokerStars and horseracing issues.

How the regulatory structure will be divvied out between the state and tribal regulators is just one of these ancillary issues.

Another reason an iPoker bill will likely fail…

A broader problem with Gray’s bill is it would need to be expanded. There are a lot of i’s to be dotted and t’s to be crossed in AB 431.

On the other hand, if Gray simply adopts the language of AB 167, or acquiesces to the Morongo/PokerStars/Racing/RAP super-coalition’s demands, it could have a very negative impact on online poker efforts in 2016 as it would create an adversary in the Pechanga coalition.

This estrangement would likely be on full display if Gray were inclined to revisit the issue next year.

Essentially, if Gray gives in to the demands of the super-coalition, he will alienate the Pechanga coalition, which would make reaching a consensus next year all the more difficult.

As if the state didn’t have enough barriers to overcome, time is now working against online poker in California as well.