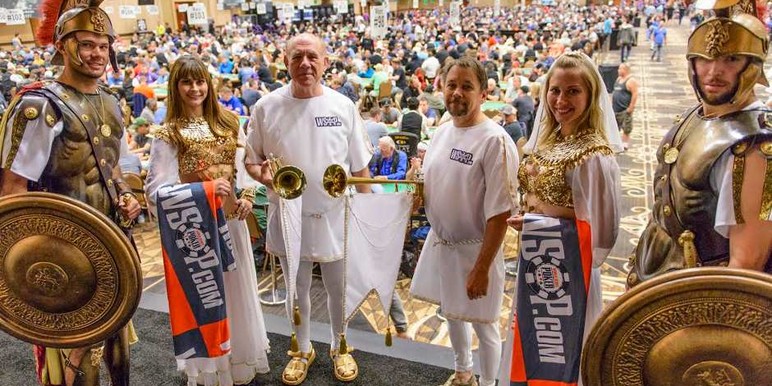 World Series of Poker Makes History with the “Colossus”

The big news from this weekend’s play at the 2015 World Series of Poker has to be the record breaking achievements of Event #5, The Colossus, which recorded 22,374 entries. The previous record was set by the 2006 WSOP Main Event with 8,773 entries.

The WSOP needed 982 dealers to handle the huge field which was spread out over four starting flights—the number of dealers was more than the number of players who entered Event #3, the $1,500 Omaha Hi-Lo 8 or Better.

As play goes into Day 3, the chip leader is Valentin Vornicu who has 1.3 million chips. He is a well known WSOP Circuit player, with six victories, and 27 cashes. His total earnings in non-circuit WSOP events comes to just over $5,000, a figure which could potentially go up to over $640,000, if he can sustain his position until the end and emerge victorious.