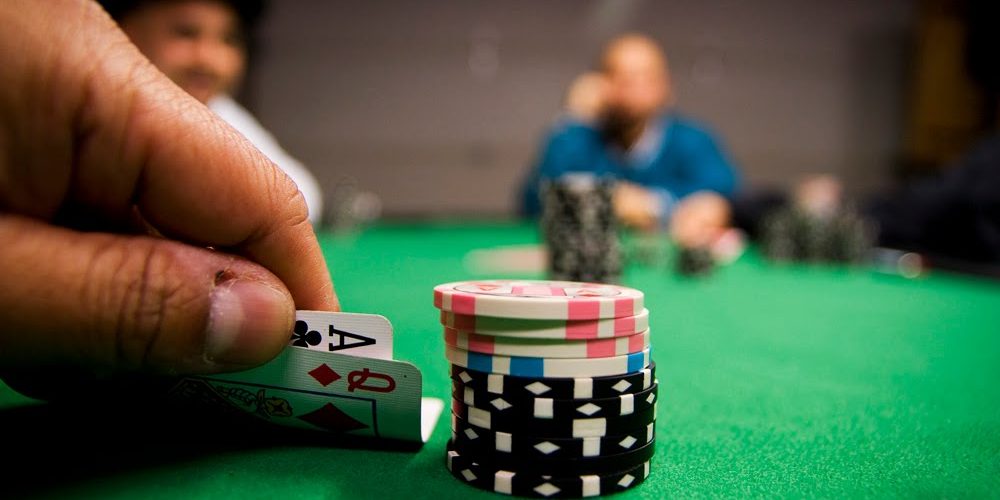 If your stack of chips is the shortest (or one of the shortest) at the table, you will probably need to adjust your strategy a bit. Regardless of the limits or poker games you’re playing, this situation happens all the time. Good players as well as bad ones can just have an awful run with cards. Some players also enjoy the challenge of starting out with a short stack. So how can you maximize your return when your opponents have more chips?

If you have a short stack, your room for making plays is more limited than it would be otherwise. Those advanced tactics like float plays and bluffs come from your ability to put down educated calls, raises, bets and checks at each round. If your stack is short, you don’t have as much flexibility to do that throughout the game.

Also, if you’re playing no limit Texas Hold’em, the whole point is that the turn and river feature the bigger bets, while the pre-flop and flop just set up the pot and get the hand ready for action. If you have a short stack, you won’t be betting after the flop much because you won’t have the chips that you need to continue.

So if you’re playing on real money poker tables and have a short stack, you should play the big hands that will be strong at the flop rather than smaller ones that could turn out well later on. So things like small pocket pairs and suited connectors, which work well for people with deep stacks, don’t work well for you. Now you need big suited cards that you can turn into a top pair or even better at the flop. Here are some examples of hands that you should look to play in this situation.

What do all of these have in common? Big cards that can turn into a top pair or even more. At the flop, this is likely to be the best hand out there. You won’t likely be betting past the flop, which means that you should be prepared to get that money in at the flop. Notice that hands with aces get a lot weight, especially if your stack is very short. This is because you are likely to be calling an all in or pushing on the flop, even if you haven’t caught some of it. If you are holding one ace, you are more likely to win with a high card against someone else who didn’t even end up with an ace.

When you get some of these cards above and they match our stack size range, it’s crucial to raise when you enter the pot. You might think that trying to play low and grab a good flop cheaply, but you will have more profits over time if you raise and then build that pot for the time when you hit your hand. If your stack has 10BB or more, that raise should be about 3 or 4 BB. With less than 10BB, going all-in isn’t a bad idea, because just one call from a raise of 4BB will make you pot-committed. There’s a simple rule you should keep in mind when you play online poker. The smaller your stack, the more willing you should be to call or push all-in as you are more likely to end up committed to the pot.