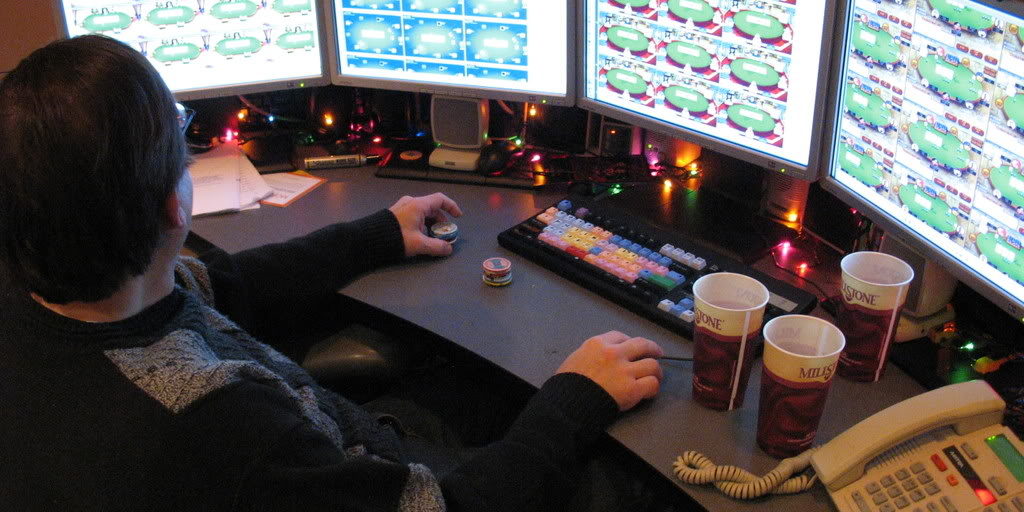 Before the arrival of online poker, you had to work to find a game. Which is not the best when trying to improve your multi table strategy.  You had to go out of your house and head to a table or bring people over for a night of cards. It was also a lot slower, as you had to play one table at a time. Now, thanks to the Internet, you can play as many games at once as you want, so long as you don’t overload your own stamina (and your ability to pay attention). People who were playing 10-cent and 25-cent games didn’t have a chance of making serious money, but now if you can play 20 tables at once, you can bring in some bank (as long as you can pay attention). A lot of people think that multi-tabling is a waste of time and money, arguing that you can’t make smart decisions because your reaction time is cut down. While there is some validity to this argument, the other side is that since you’re playing so much poker at once, having a decent game running at such a high quantity means that you’re going to make more money than if you have your superior game going on one table. Let’s look at some tips to help you make money off multi-table play.

Multi table strategy is NOT for amateurs or novices. First try to build some confidence playing at the free online poker tables, start with one game at a time, and start increasing the number of tables until it feels easy and almost natural. Then, feel free to expand the number of games you are playing. When you have more hands per hour, you have more decisions — and a lot of decisions in a short amount of time. If you’re looking at aces on one table, but they time out because you’re considering making a huge river raise on another table, you’re burning money.

When you play real money poker, you have to be prepared. Working on your multi table strategy means that your decisions are going to pile up. You have to sift through the easy ones, leaving the ones that require a lot of thought for more priority. If you’re playing ten tables, it’s unlikely that you’ll have more than one really tough decision to think about at once. However, you’re likely to have one tough decision and nine easy ones. It’s hard to block out the nine easy choices and focus on the hard one, but that can often be what separates those who make money from those who do not. Once you’ve focused on the tough choice, then you go back and make those other easy ones. Once you get good at this, you’ll be able to make those easy choices on autopilot while you’re still pondering the tough one, but don’t do that until you’re ready.

Know your Limits and Protect your Poker Bankroll

Are you winning money playing four tables, but when you jump to six tables, you’re losing money? Stay at four. You might think that you need to push yourself to play six, but you’ll be able to do that when you’re ready. If you push yourself beyond what you can do, you’re going to burn your poker bankroll.