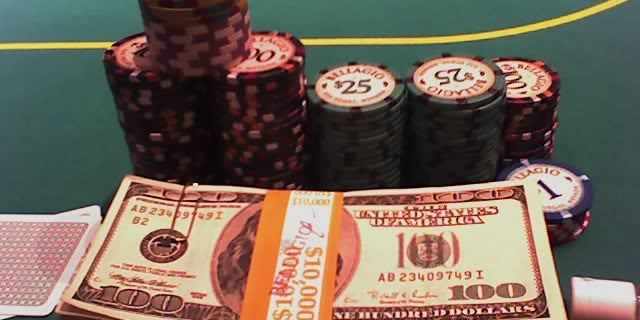 Are you familiar with online poker tournaments? There are a number of different poker games and betting variations, but there are also two major types of game formats: poker tournament play and cash games. Here is a list of the primary differences between the two:

In a cash game, you swap money for chips, and you’ll usually see a minimum and maximum amount to buy in, depending on the stakes. In tournaments, all players have to buy in for the same amount, and they all generally get the same number of chips for the online poker tournament.

In a real money poker game, everyone is at the same table. Online poker tournaments may take place on a single table, but they can also take place on multiple tables.

If you’re in a cash game, you can quit whenever you want and turn your chips back in for cash. A tournament does not end until one player has all of the chips. Players receive payouts on the basis on their overall finish.

If you’re in a cash game, the blinds are always the same for every hand, depending on the stakes. In tournaments, the blinds go up in price, such as increasing every 20 minutes. Cash games allow you to buy more chips if you run out. Once you’re out of chips in a tournament, you can’t get back in.

Now, let’s take a more detailed look at each of these two formats.

When you enter a tournament, you pay a set amount of money that includes a fee for the venue to keep. So you might enter a tournament that costs $50 and charges a $3 fee to play, so you pay $53. $50 goes into the tournament prize pool, while the $3 goes to the organization running the tournament. Then, you might get $2,500 in tournament chips – which you can’t swap out for cash. The blinds could begin at $10 and $20 and then go up every 15 or 20 minutes. The blinds go up so that you have to bet more instead of just sitting back and waiting for ideal cards. This format progresses when players are forced out, and the eventual winners emerge.

The number of winners generally depends on the number of entrants. If you have a $50 entry fee for a tournament, and there are 200 players, that creates a prize pool of $10,000. That might go to the last 10 players at the last table. First place would range between $3,000 and $5,000 (30 to 50 percent of the pool), with descending amounts for second, third, fourth, fifth and so on. This is just how they work – the exact numbers will vary from one tournament to the next. The tournament organizer gets to decide how many chips you get to start, the initial blind levels and the time before increasing blind costs.

Cash games are often where people first learn about poker. You’ll usually face a minimum buy-in to start, and if you’re entering a no-limit game there will also be a maximum buy-in at times. This really protects the players over time. No-limit or pot-limit cash games usually mandate that you buy in between 20 and 100 big blinds. So if you are joining a game with blinds of $1/$2, you could buy in for as little as $40, but it’s more common to see buy-ins at $200 or so.

If you’re playing at a fixed limit table, you generally have to buy in with at least 10 times the small bet. So if the game is $3/$6, you would have to put down at least $30 to buy in. Stakes and buy-in amounts will change from one place to the next. You can find cash games of all sizes, especially if you start looking for legal online poker tournaments.