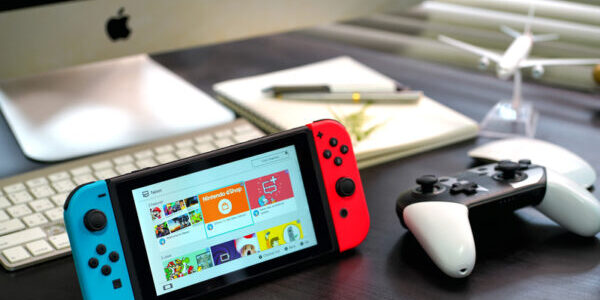 Handheld gaming consoles have been around, in some format or another, for over 40 years now. First created by Smith Engineering at the close of the 1970s – a strong decade for what was, at the time, a new, budding industry – we have seen innumerable advancements and reiterations of this portable and versatile device.

And while 2020 has placed a great deal of emphasis on the bulkier, power-hungry hardware being released by the likes of Sony and Microsoft toward the end of the year, there are plenty of signs pointing to the fact that handheld gaming represents the strongest limb of the gaming industry. Read just a few of them below.

Consider the last time you went anywhere without your phone. Struggling to remember? Phones are near-ubiquitous in many corners of the globe, and, according to research on the state-of-play in 2019, mobile gaming represented one of the most lucrative and popular areas of the gaming industry.

Developers are flocking to capture the attention of mobile gamers. From simple puzzles to complex adventures and the perennial popularity of online casinos, every experience has been perfected for this invaluable platform. There are even dedicated sites where consumers can compare the top options for mobile and online casinos to ensure an optimised experience, which is testament to just how well the industry is thriving within the mobile market.

The Line is Blurring Between the Non-Portable and the Portable

Just a few weeks ago, Microsoft released their latest project, xCloud, to the market – and they timed it perfectly with the release of a new generation of powerful at-home consoles capable of bringing the gaming experience to new heights. xCloud allows gamers to bring their gameplay to mobile, and to continue on with their progress on the go – from anywhere with a good internet connection.

From this, we can gather that Microsoft is seeking to capture an incredibly lucrative market. Despite the advancements in the technology driving the Xbox, their attention is turned to the handheld market.

From the morning commute to the continued rise of international tourism, Gamers want that versatility and convenience offered by handheld consoles, in spite of the advancements of the at-home experience. Take, for instance, the Nintendo Switch, which has gone from strength to strength since its release in 2017, and set a new record for the fastest selling gaming console in its first yearalone.

The Switch exemplifies overriding trend among gamers – the ability to make a quick transition between gaming on your television screen, and gaming on the go. And, with Nintendo already planning the release of the next generation of Switch consoles, it’s clear that this trend is showing no sign of waning any time soon.

5G Will Only Make Things Better

We have been preparing ourselves for the release of 5G for a few years now, and the day when we are all able to access an incredibly fast and smooth network connection is growing bigger on the horizon. For gaming, this means a low latency, high quality experience – the likes of which we have never seen before.

With the introduction of cloud gaming services, and a brand new era of powerful phones and portable gaming consoles, it is clear to see that handheld gaming stands at the very forefront of the industry, and that we should all expect developers and tech giants to place a strong emphasis on this thriving market as we move further into the 2020s.