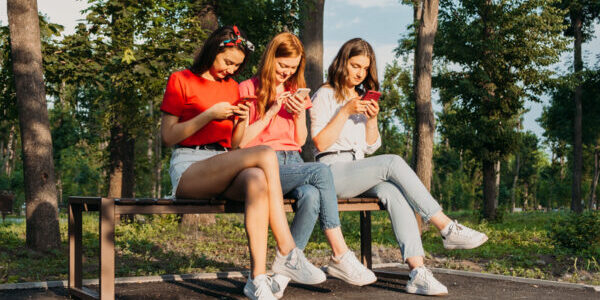 Generation Z, or “Gen Z,” is the most technology savvy generation. Since birth they have been involved in the digital world. From being on social media applications, to texting, they almost always have their smartphones on them. How does this effect Gen Z and mobile gaming? Mobile Marketing Magazine explores these effects in this report.

The youngest of this generation is graduating from high school around this time, and while technically an adult, many still think of themselves as the teens and tweens they were just a few years ago, responsible for the explosion of Tik Tok and “cancel culture.” But as a group, they are influential not just in their videos and tweets, but in their spending. Gen Z represents about $100bn (£76bn) in spending power as a group, and as they continue to enter the workforce, their disposable income will only increase.

Gen Z is a distinct group, not just a younger version of a Millennial. Perhaps because the term “Millennial” came into play while many of the group were still in their twenties, marketers have often made the mistake of grouping the two together. But there are distinct differences that we discovered while creating our ‘Modern Mobile Gamer’ report, in partnership with DISQO. The ‘Gen Z: Born into Digital, Gamers by Choice’ report focuses on the generation’s interest in mobile gaming and what sets them apart from other age groups.

Most of Gen Z doesn’t identify as gamers. Only 33 percent of Gen Z users consider themselves “gamers” as opposed to 40 per cent of Millennials. This discrepancy is possible because these consumers do not think that playing mobile games, no matter how frequently or how long, makes them a “gamer.” Mobile games are simply a part of their digital lifestyle, an app experience they seamlessly switch to and from other apps, either other games or those in categories like social, news, or utilities.

For most of Gen Z, multi-tasking is the norm. Similar to Millennials, they are multi-taskers. The majority (57.8 percent) said they are either “always” or “often” multi-tasking while playing mobile games, with just 8.6 per cent saying they never multi-task. If someone from this age group is eating or watching TV, it’s likely that they’re also playing games on their smartphones.

In the past few months, there have been upward trends for game downloads and session times. Gen Z’ers in particular are truly mobile game consumers: they have more games on their phones than any other age group. Additionally, they are downloading new games constantly.

But what does Gen Z play games for? Our data shows that games are for entertainment, relaxation, and to fight boredom when it comes to this age group. They over indexes for these reasons to play mobile games, and particularly for boredom. There was a decline with age, so the older people get, the less likely they are to play due to boredom.