You are here:
CafrinoPoker Etiquette 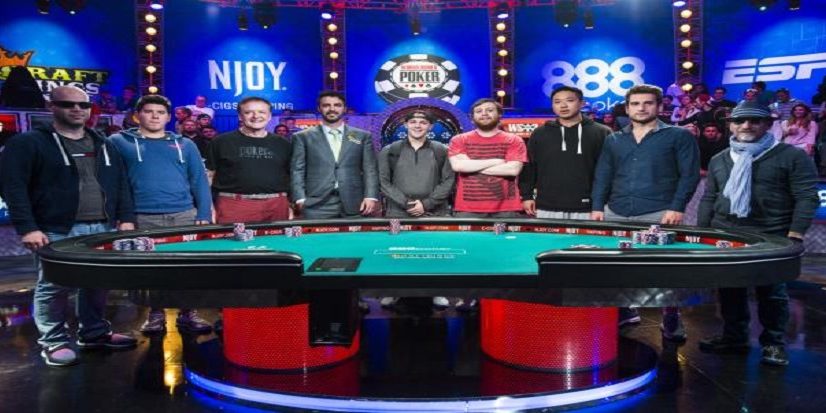 The majority of us are versed in general poker etiquette for general tournament play and for cash games, but what about the final table? There are some of you that may have never made a live poker final table or maybe you did but didn’t really last long enough to worry about general etiquette.

Are you a poker player that is uncertain on the general poker etiquette of a final table? Today we give you a few final table Do’s and Don’ts that will help you look like a seasoned pro even if you’ve never made a live final table in your life.

Do – Make Yourself Available to the Media

If you make the final table of an event at most any poker series, chances are that you will be asked to do a brief interview or fill out a questionnaire. Sometimes it will be poker media and sometimes it will be the media person for the casino.

Even if the event is small potatoes, give some time to the media folks willing to give the event coverage. This helps get your name out to the poker world and is something you can show your buddies and family after the game.

Do – Show Your Other Players Respect – Or at Least Civility

When you make the final table, don’t thumb your nose or overly berate the other players at the table. They went through the same field as you to get to this point and you cannot overly discount their play.

Even if you don’t respect the person or their game, at least act civil to them at the table. Acting like a jerk only ruins your image and can even force players to step up their game and target you during play.

Do – Consider Deals that Are Reasonable

There are some players that just won’t consider a deal because of their ego or they believe they can outplay the other players. Depending on the structure of the tournament and the prize pool, there are times where it is a good idea to take a deal.

For example, I was at a HORSE final table in 2008 and the structure was such that the chip leader with five players left only had 10 big bets. The rest of were riding relative short stacks.

When the deal was proposed, I was third in chips but the deal would have given me better than 2nd place money. The only way I would improve my position was to win outright and with the structure, I could have just as well finished 5th as won. We took the deal.

If a deal is reasonable considering the circumstances, consider it. Don’t let ego convince you to forego a guaranteed payout.

Don’t – Overly Hollywood or Slow the Pace of Play

Even at final tables that aren’t televised, some players like to slow down the pace of play or take more time than necessary to make decision. These same players reacted much faster prior to the final table but for whatever reason, they feel they need to Hollywood the majority of their hands.

Don’t be this guy. Act in a reasonable amount of time for most situations. If a situation requires more time, then take your time. Your opponents will know when the spot requires some extra tanking and which are easy spots.

Something that’s just as bad as a player that won’t take a deal is someone that is looking to make a deal as soon as the final table hits and lobbies to look at the numbers at every opportunity.

There’s no problem with suggesting a chop at any point of the final table. However, if there is resistance or the numbers just don’t work, let it go until a better spot arises.

Don’t – Collude With Other Players

While blatant collusion during a hand is against the rules, there are times where you can tell that a pair or multiple players are working together to either get to the top payout spots.

Collusion in a poker tournament is against the rules and if you choose to do so, you risk being disqualified. The reason that you will sometimes see this in small tournament final tables is that some players feel that it isn’t really collusion if they aren’t openly doing something during a hand to change the outcome.

However, if you’re soft playing a buddy in any way to improve either of your positions, you are cheating. Don’t do it.